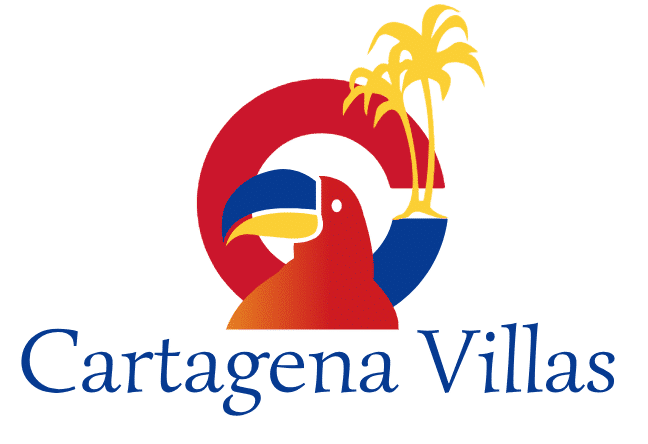 Find your Villa in Cartagena here
Your search results

Cartagena Villas takes care of the desired House that suits you and your occasion.

Island Home away from Home

Our Luxury Cartagena Villas in Colombia are fully stocked with the latest amenities in new condition and all are located in the city centre of Cartagena. The beds are comfortable for a short or extended stay and the bathroom offers enough space to move without any hassle and a nice pool to cool yourself from the heat.
Cartagena is a port city in the north of the South American country Colombia, bordering the Caribbean Sea. The city, also called Cartagena de Indias, is named after the Cartagena in Spain. Approximately 1,075,000 people live and this number is multiplied by the tourists who find their way to the Colombian city more and more and to rent their own private home or colonial house in Cartagena.
Cartagena is the first city where the liberated African slaves from the interior went, and that is still reflected in the multicultural societies and the colorful cityscape. Wherever you walk; you will always find a cute little square, a colorful balcony, a picturesque street or a beautiful building. Because if the city is known for something, it is about the many beautiful buildings in the form of museums and churches.

Must see’s with our Villas in Cartagena Cartagena
If you look at it very black and white, Cartagena consists of two parts; the old walled city (Getsemani) and the Bocagrande peninsula. On the latter you will find the large beach resorts and modern shopping centers. For culture, romance and an afternoon of strolling you go to the walled city. Here you will also find the most sights!

In the 16th century, Cartagena was a prominent Spanish port and was the principal storage depot for precious treasure plundered by the Spanish from the Indians of Central and South America. Treasure was stored in Cartagena until it could be transported back to Spain. As a result, Cartagena was regularly attacked by hordes of pirates operating throughout the Caribbean. Such prominent buccaneers as Sir Francis Drake and Edward Vernon sacked it repeatedly. To defend against such attacks, the Spaniards built a series of fortresses and walls around the city. The walls required almost two centuries to complete and were finished a mere 25 years before the Spanish were first expelled from the city. Today Cartagena’s old town remains surrounded by the battle-scarred Las Murallas (the walls).
But even in modern times, every year, thousands of visitors still storm the walls of old Cartegena in search of treasure. In this case, its treasure lied in its many cobbled streets, charming cafes, plazas of cascading bouganvilla, and its historical sites.

Within the walled town you will find one of the most beautiful colored houses with some amazing architecture inside that takes you back to the 16th century. These luxurious houses, also called colonial houses, are small castles in the city centre of Cartagena and takes you back to the old past with all it’s splendour of living a lavish lifestyle. All houses are completely renewed and house up the best facilities from this modern age. Have a look at our houses in cartagena de indias and select your favorite house today!

Cultural Cartagena: What you should not miss from the many sights in Cartagena? In any case, walk first over the old city wall Las Murallas, which is almost intact in its entirety. From the city wall you immediately get to know the city a little bit; it will help you later with your orientation!

Also special is the old fort San Felipe de Barajas. The fort, built between 1536 and 1657 to stop the English, is the largest fort ever built by the Spaniards. Other ‘old’ favorites are Le Catadral de Santa María la Vieja and the Torre del Reloj clock tower.

If you like museums, Palacio de la Inquisicion is a must. The instruments of torture in the former Tribunal of the Inquisition are somewhat lugubrious, but it is also interesting. For gems, go to the Joyeria Caribe Museum. You can find even more bling bling at the Cartagena Gold Museum.

The most beautiful squares in Cartagena
The most famous and lively square is Plaza Bolivar. Here you find a picture of Bolivar, the former president of Bolivia, who was at the birth of Colombia. Next to the statue you will find palm trees and fountains and in the evening local chess players gather here for a fanatic game. Feel free to ask if you can join!

The plaza Plaza San Pedro, Plaza Santa Domingo and Plaza San Diego are also recommended and are one of the best places to rent a luxury villa in Cartagena. Here you get to know traditional dances, among international restaurants, boutique shops within a local environment. Plaza de los Coches is also a popular square among the inhabitants of Cartagena where you’ll find the art students gathered around in front of their University.

Plazas: Some of the more colorful include Plaza de los Coches, Plaza de la Aduana, Plaza Santa Teresa, Plaza de Bolivar, and Plaza de San Pedro Claver.
Palacio de la Inquisicion: Not only a grand example of colonial architecture, it was here that the heretics were accused and punished by the Punishment Tribunal of the Holy Office.
Castillo de San Felipe de Barajas: Just outside the old city, this was reputed to be the largest and strongest fortress ever built by the Spanish. It is a remarkable structure and well worth the visit.
Las Bovedas: This is a complex of 23 dungeons built first to story military munitions but later used as a jail. It was featured in the movie Romancing the Stone (Michael Douglas and Kathleen Turner).
No matter if you go to Cartagena just to see the old city or to search for one of the Galeones near the mediterrean cost you can be sure that there is a lot of nice things to see and do.
Dont forget that many decades ago Spain was one of the most rich and powerful countries in the mediterrenian therefore the architecture and the culture are very spectacular.

Your Benefits when booking through us

We help all our clients with great pleasure to ensure a memorable stay in Cartagena for them and their guests.

The best Boat Tours to the Islands

*In case a house is booked we will offer you a likewise Colonial Houses in the same style & price category within the city centre of Cartagena. Because all is real time the Villa might already be booked for your desired period.

Unique Area’s within the range of the City Centre

We help you make sure that you visit the best spots of Cartagena during your stay. 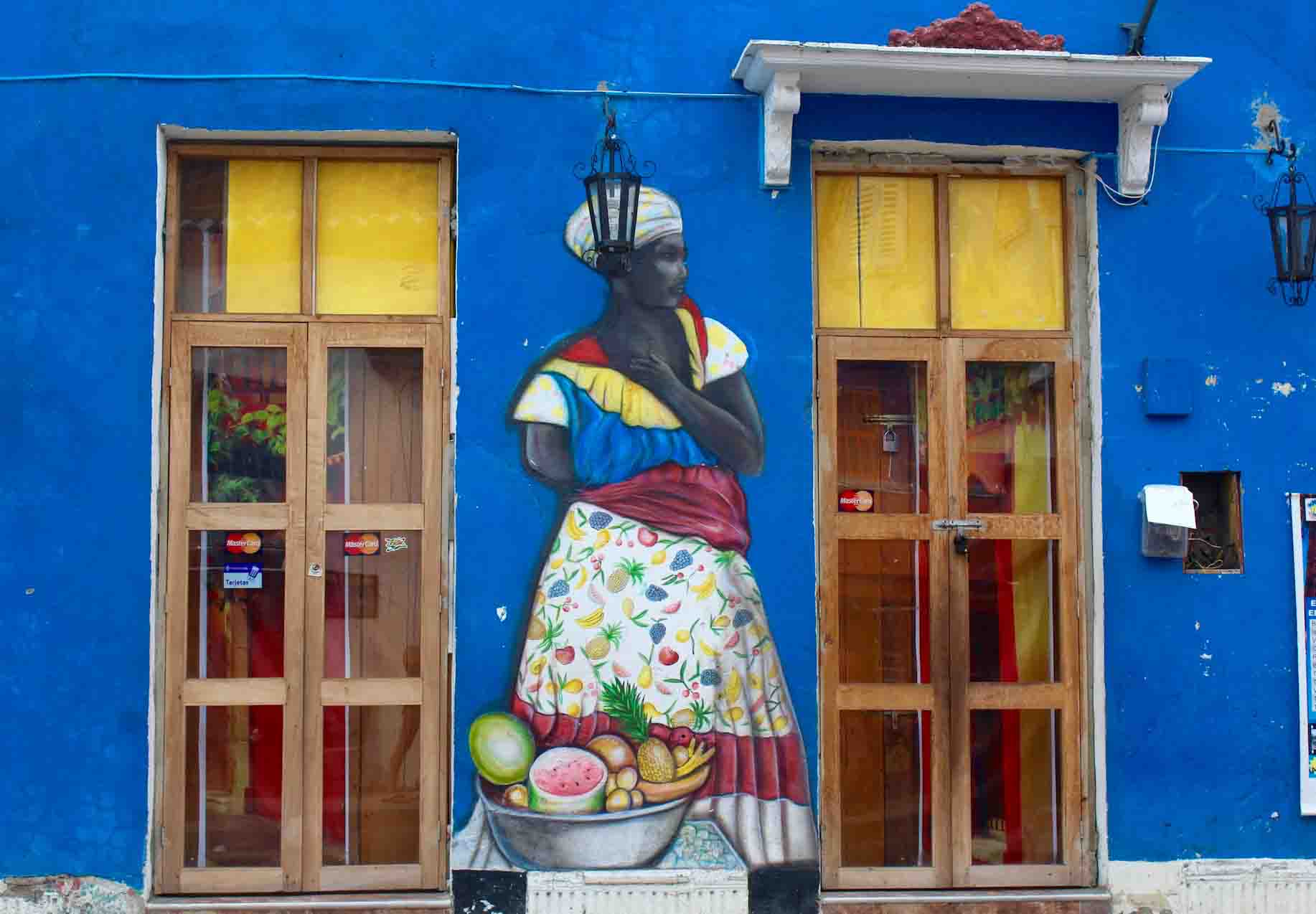 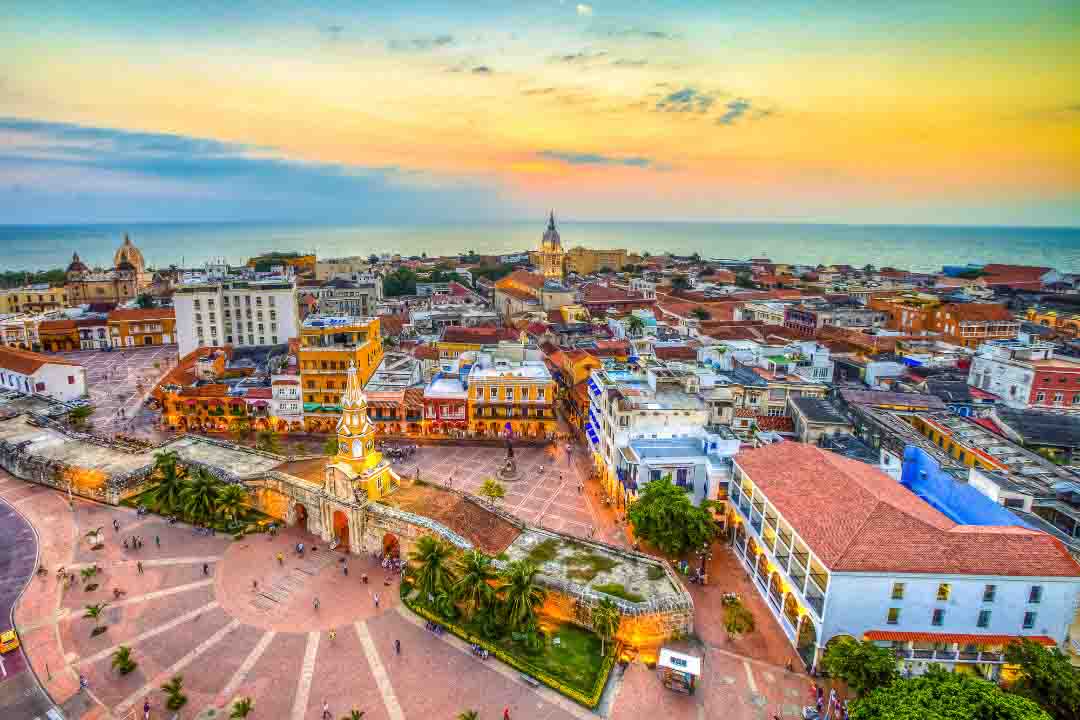 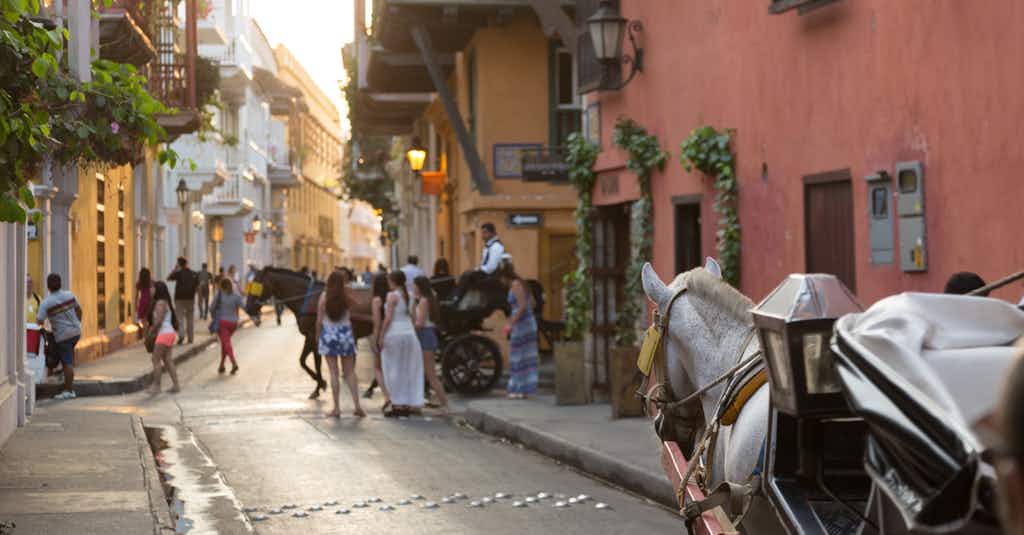 Our Tours to the beautiful Islands!

We’ve got a very nice selection of tours especially made for you. Combining the cultural with the fun and exciting side of Cartagena. 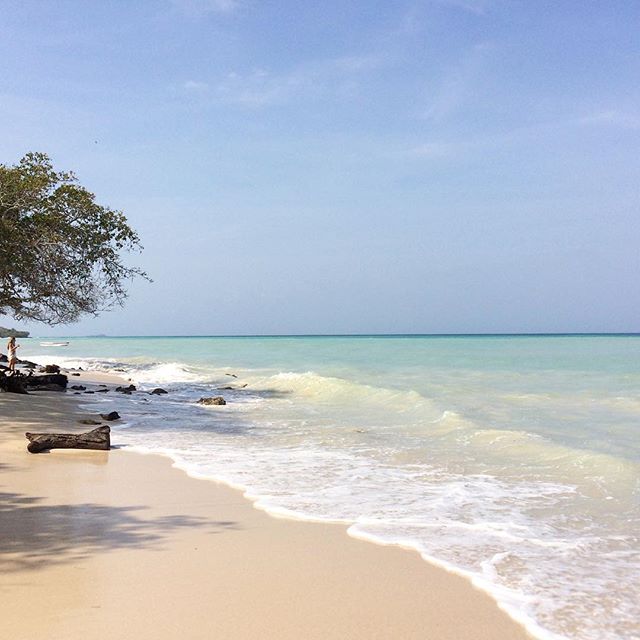 Cartagena's famous white beach; Playa Blanca. Great for having for a nice long stroll while dipping your feet in the water. 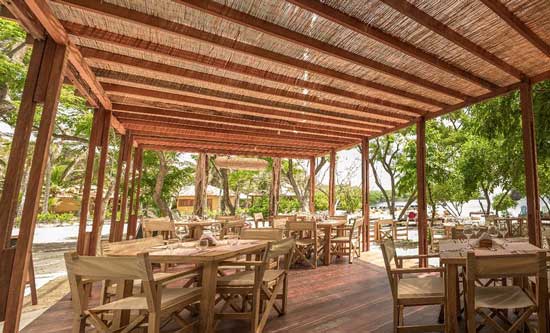 It is an excellent place to enjoy rest with an incredible view. 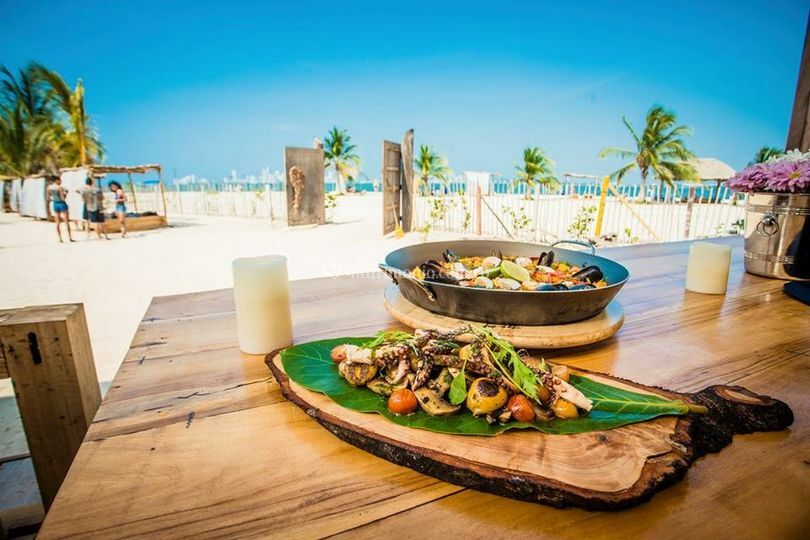 Perfect for shipping cocktails while enjoying a delicious sample of Cartagena's gastronomy. 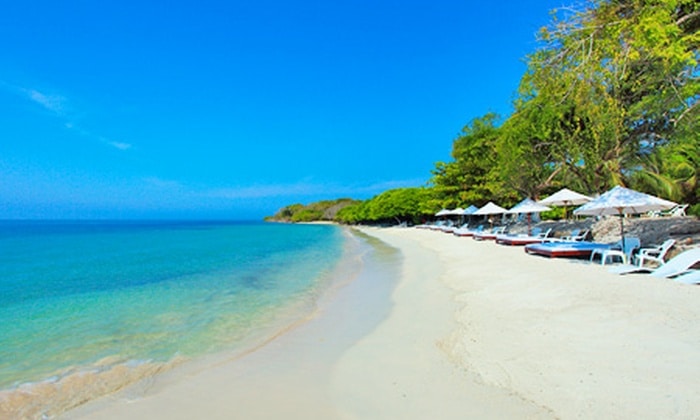 A luxurious place to book a lunch or dinner facing the sea. 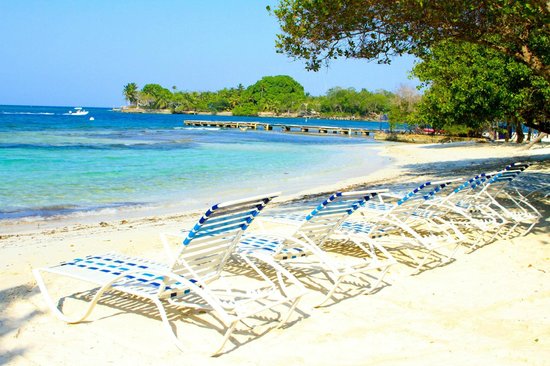 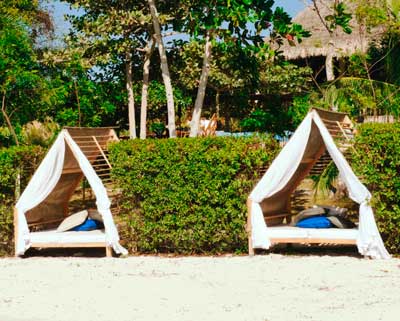 The ideal place for water sports 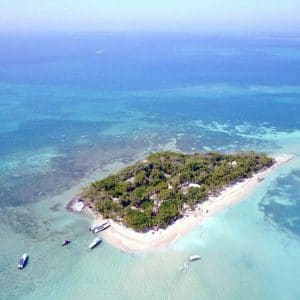 A paradise beach for a full day of rest and privacy. 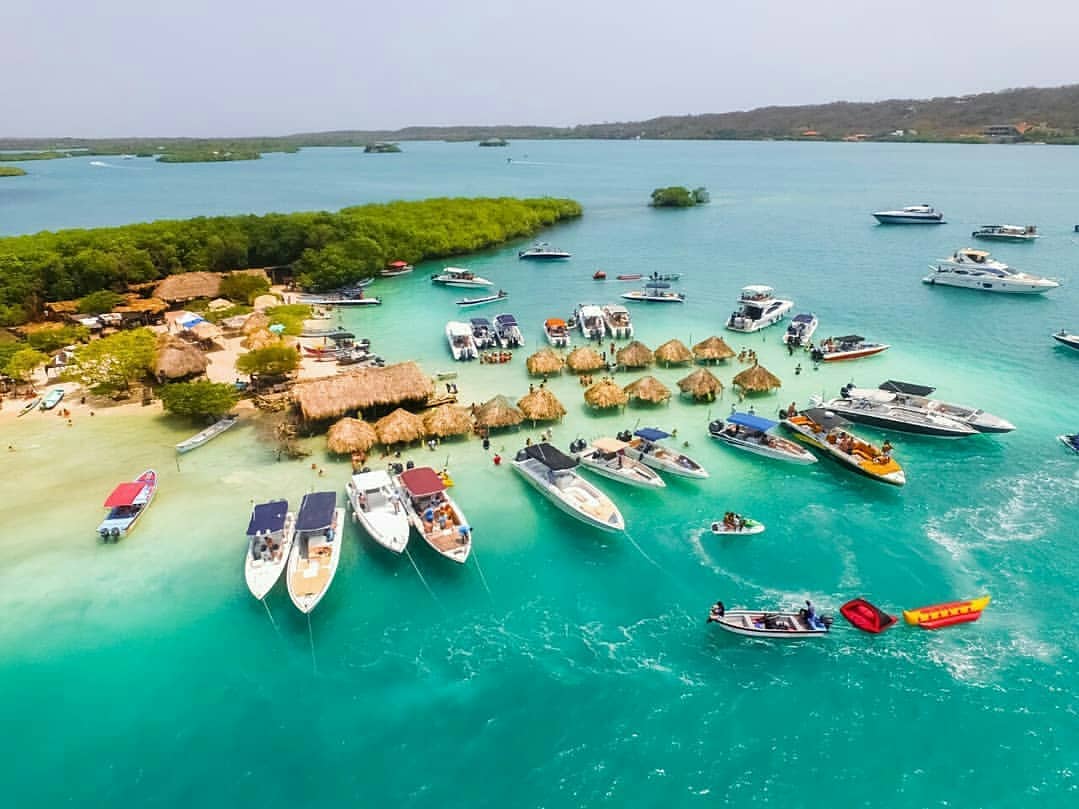 The party Islands of Cartagena where all the private boats gather !

For expert advice or for a customized quote, please free to contact us.

Ask us on Whatsapp